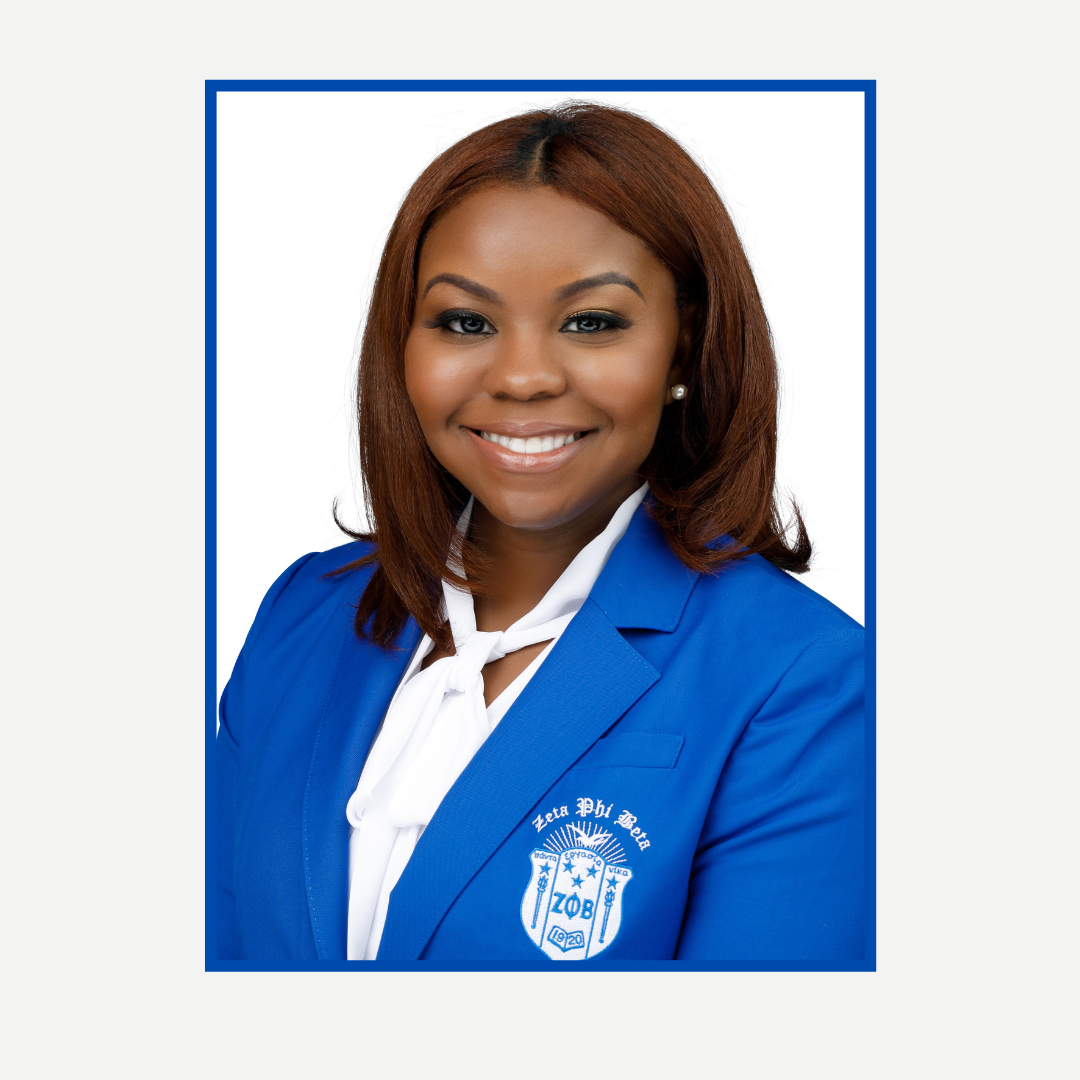 Soror Ward was initiated into Zeta Phi Beta Sorority, Incorporated, Xi Gamma undergraduate chapter at The Ohio State University in Winter of 2009. Shortly after being initiated, she hit the ground running in Zeta by taking on a role as the Treasurer of her undergraduate chapter while also serving as Treasurer of the university’s National Pan-Hellenic Council (NPHC). Soror Ward continued to push herself to grow and would transition into serving in the role of President for both Xi Gamma chapter and the NPHC at The Ohio State University.

Upon graduating with a Bachelor of Science in Microbiology, Soror Ward jumped headfirst into her career as a Food Microbiologist in Dublin, Ohio. In 2015 she relocated to Cleveland, Ohio to serve as Lead Microbiologist in a food manufacturing plant. Shortly thereafter, she relocated once again within the company, this time to Itasca, IL to serve as a Hygienist and Food Safety Leader. The move to the Chicago area presented Soror Ward with the opportunity to network and build new relationships with fellow members of Zeta Phi Beta Sorority, Incorporated. After a brief hiatus from actively serving in the organization, Soror Ward officially became a reclaimed member of sisterhood via the Tau Xi Zeta Chapter in 2019. Confessedly, she has quickly grown to love this chapter and has assumed the responsibility of chapter Historian.

As a current Food Safety & Sales professional, Soror Ward desires to continue to grow professionally within her career and Zeta. She is excited for her future and grateful to Tau Xi Zeta for helping to reignite her fire and drive to serve within the organization.